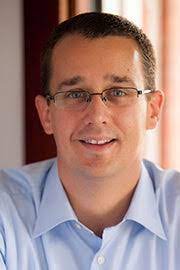 Minister Monte McNaughton, MPP for Lambton-Kent-Middlesex, and Minister of Labour, Training and Skills Development, is a life-long conservative and community leader. He has served three consecutive terms as a Member of the Provincial Parliament. He graduated from Westervelt Business College and successfully completed executive programs at the Richard Ivey School of Business at the University of Western University. McNaughton was sworn in as Ontario’s Minister of Infrastructure in June 2018. As Minister, he embarked on an ambitious global market consultation, introduced legislation aimed at expanding natural gas into rural parts of the province, and announced an investment to renovate and expand Canada’s oldest concert hall, Massey Hall. In June 2019 he was named Minister of Labour. He has since embarked on a province-wide listening tour designed to open a new dialogue with labor partners. That includes meeting with more than 100 labor leaders in his first 100 days in office. In September, he became the first Minister of Labour to march in the Toronto Labour Day parade. In September, he took on additional responsibilities of training and skills development to become Minister of Labour, Training, and Skills Development.

Listen to the full-length podcast here: