The Rise of Quantum Computing

The Rise of Quantum Computing 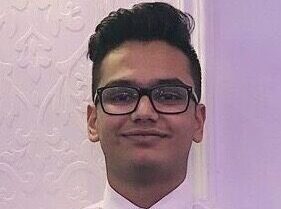 The first thought that comes to mind when someone mentions quantum computers is simply a huge computer in a lab, top security, which can only be operated by scientists in masks and equipment. Is it really something that is too complicated for everyone to understand? Rest assured, absolutely not.

Classical computers run based on 0s and 1s (if the transistor is off, it means 0, and if it is on, it means 1). By combining these numbers, computers can calculate, process, and store data. Quantum computing uses qubits, which allow for 0s, 1s, and anywhere in between known as superposition (probabilities such as 70% 1 and 30% 0). This allows for specific types of computation (such as integer factorization, encryption, mass simulation, and more) to be done much more efficiently. The largest companies, including IBM, Microsoft, and Google have developed quantum computers to be accessible to everyone through the cloud. Here’s why quantum computers are the future:

Almost every industry interacts and incorporates computers in one way or another to optimize processes and maximize profits. In 2019, IBM announced its endeavours to commercialize its quantum machines to businesses. Although quantum computers are unlikely to completely take over classical computers, some businesses can largely benefit from using quantum computers for specific tasks.

Software engineers and programmers are in extremely high demand. According to Statistics Canada, the average total compensation for software and computer related jobs is $80,000-$100,000 with hundreds of thousands of jobs. These programmers use classical computer languages such as Python, JavaScript, and C, but there are new languages being developed to run quantum computers such as Microsoft’s Q#, IBM’s Qiskit, and many more.

Get ready for it! Quantum computing will dominate the list of the newest and most in-demand industries.

This gives rise to a new job – Quantum Software Developers. This new position will match classical software developers in the following ways:

The best part of quantum computing is that it is accessible to anyone and everyone as long as they have access to a computer and internet.

Anyone can learn to program a computer as long as they have a computer, internet, and the drive (no pun intended) to do so. Through the cloud computing frameworks from IBM, Microsoft, and other companies, it is possible to learn how to program a quantum computer just as you would learn to program a classical computer. There are several resources, both paid and free, such as IBM’s Qiskit, YouTube, Udemy, and more that allow anyone to learn quantum physics fundamentals and quantum computing languages.

According to IBM, here are the skills and education required to become a quantum software developer:

What About Classical Computers?

According to Sarah Kaiser and Christopher Granade: “Programming a quantum computer comes along with some restrictions, so classical computers will be preferable in cases where there’s no particular quantum advantage to be found” (Page 10). Some limitations or differences in quantum computers and quantum software include:

THE FUTURE IS HERE

Quantum physics is the basis of our reality and quantum computers will be a huge step up in our technology. Quantum computers are undoubtedly going to change our future and we must invest our time into this industry.

Quantum is where the opportunity, the accessibility, and the demand is. We can start right now to learn the skills of tomorrow today!